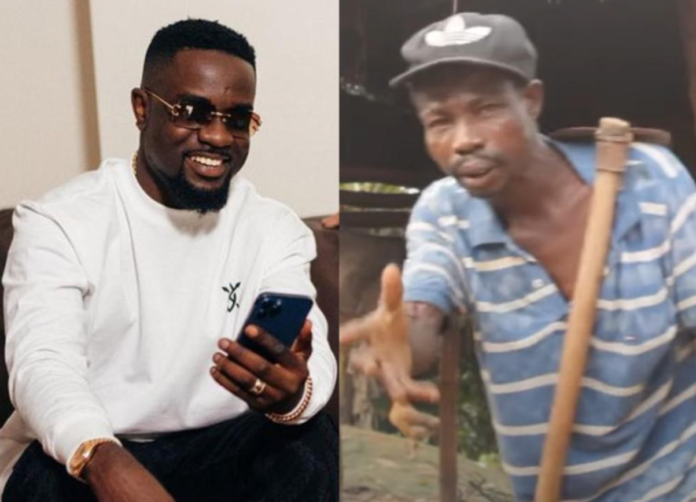 Rapper Sarkodie is looking for a 50-year-old farmer who went viral for rapping two of his songs that preach on hardships in the Ghanaian economy.

The farmer seemed confident with his farm tool hanging around his neck as he raps bars from the Highest rapper’s ‘The Masses’ and ‘Politics’ songs, which were composed in 2015 and 2016 respectively.

After chancing on the video which was posted on YouTube, Sarkodie confirmed he would like to meet the farmer.

According to him, he cannot even recall the full lyrics of the song, hence he was touched by the farmer’s freestyle session.

I can’t even remember these lines back to back I’m touched … if someone can link me to this man I want to give him a gift … Bless him [SIC], he wrote on Twitter.

Check out the freestyle of the farmer below: