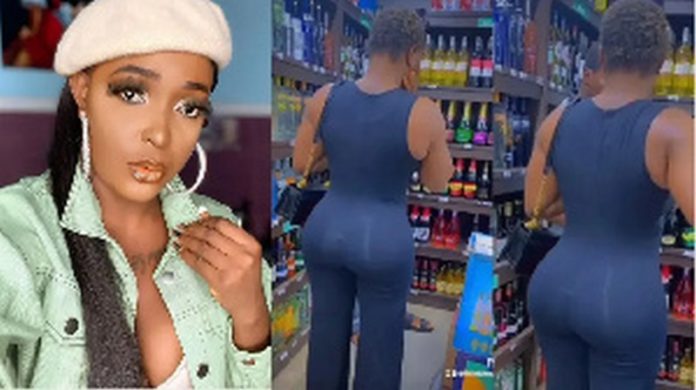 Relationship coach, Blessing Okoro, has revealed how much she spent on her recent butt enlargement surgery.

According to her, she spent over N3 million on her liposuction surgery which was done in Lagos, Nigeria.

The self-proclaimed relationship expert, revealed the cost of her new butt on Franky Speaking podcast.

Blessing Okoro, who recently went under the knife and kept her fans and followers updated throughout the process, also disclosed that she announced her surgery to her followers because if she had hidden it, it would have been leaked out as she wanted to control the narratives. “I did it in Lekki for over 3 million. Almost everybody did their body in Lagos.”

“I did it in Lekki for over 3 million. Almost everybody did their body in Lagos”