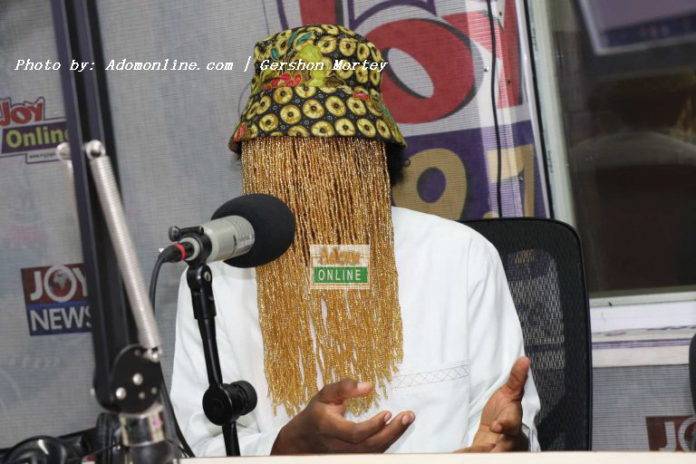 An unnamed private legal practitioner is said to have influenced the appointment of Charles Adu Boahen as a Minister of State at the Ministry of Finance.

According to an undercover investigative reportage by Anas Aremeyaw Anas, this senior barrister and solicitor in a meeting with his Tiger Eye PI team in a hotel room in the United Arab Emirates, UAE, noted that he was instrumental prior to the appointment of Charles Adu Boahen to the Finance Ministry.

The Tiger Eye PI team posed as investors who wanted to get close to some individuals in the corridors of power to help them establish some businesses in the country.

He said, when they got in touch with the lawyer, he stated categorically that he could not control the president or the vice but rather he will try and do his best to see their investments through.

“A senior solicitor and a traditional chief, said he was not in the position to control or suggest a package for the President of Ghana, H.E Nana Addo Dankwa Akufo-Addo and the Vice President, Dr Mahamudu Bawumia, in a meeting in a hotel room in the United Arab Emirates.

“The Barrister told the Tiger Eye investigators, posed as business tycoons, that he could not manipulate the President to do his bidding. However, he will try to help them have access to the President and his Vice and some influencers to do their business in Ghana,” Anas Aremeyaw Anas wrote on his Facebook timeline barely a few hours before the showing of his documentary dubbed ‘Galamsey Economy’

“You see, I think it’s a bit too early for me to start to talk about these things. I mean talk about the package for the President, etc. For me, Sir, money is important, (but) money is not everything. It is the relationship. When we have a good relationship, money will come.

“So, don’t worry about the package, we can always (do that). You are a good man. So, let’s leave that one out. But in Ghana, when you set up a business and you engage local partners, you, the investor, must retain at least 75% which gives you control. At least, let’s say, speaking in respect of the bank,” the lawyer is quoted to have said stressing that he was instrumental in the appointment of Adu Boahene.

Anas’ post also quoted copious claims by Adu Boahen about how he could facilitate meetings with Vice President Bawumia at a cost of US$200,000.

Bawumia’s aide has in the same report rejected the claim as untrue.