With seven days away to the start of the the 2022 World Cup staged in Qatar, Ghana head coach, Otto Addo has unveiled his players for the Mundial.

In the last few years, the national team has come under scrutiny with regards to coaches who allow themselves to be influenced during national team call-ups and selections.

Many Ghanaians believe some players get into the national team not on merit but due to their affiliation with people in authority at the Ghana FA.

However, the Black Stars gaffer has reiterated that the selection is solely his decision and not influenced by people.

“Anytime I work I want to do it my way and its very important to the team that I can work my way so the decision [player selection] at the end is mine,” he stated at the unveiling.

“Although surely, we as the technical staff always want to go the right way, we have to make sacrifices but surely there should be respect,” he added.

Ghana is hoping to go past the group stage once again, where they will come up against Portugal, South Korea and Uruguay in Group H. 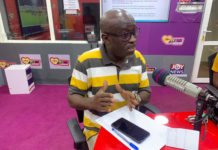 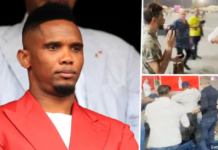