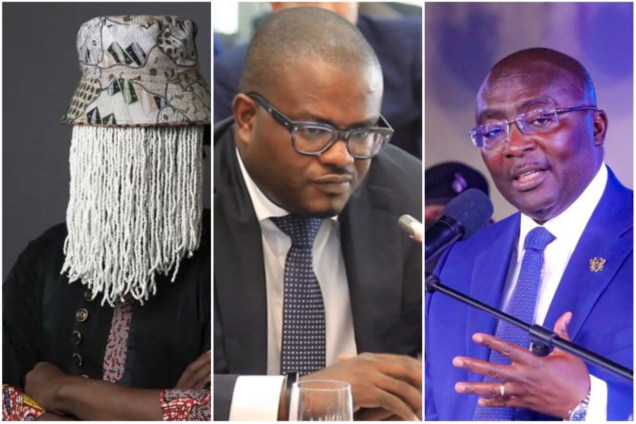 Vice President Dr Mahamudu Bawumia says his attention has been drawn to a video in which Minister of State for Finance, Charles Adu Boahen, is using his name, inter alia, to peddle influence and collect money from supposed investors.

In the video, which is an investigative piece by Tiger Eye P.I, Mr Adu Boahen claimed Dr Bawumia needs $200,000 token as an appearance fee before meeting with supposed businessmen.

The Minister in the exposé dubbed Galamsey Economy reportedly said that the Vice President would also demand some positions from an investor for his siblings to get his backing and influence in establishing a business in Ghana.

“You mean, like appearance fees and stuff? I mean he, himself (the Vice President), if you give him some (USD) 200,000 or something as a token, as thank you, appreciation, that’s fine.

“He’s not really, he’s not really (like) that. All he needs is to worry about his campaign money in 2020,” Mr Adu Boahen is alleged to have said.

“I would like to state that if what the minister is alleged to have said is accurately captured in the video, then his position as a Minister of State is untenable.  He should be dismissed summarily and investigated,” he said.