National Organiser of the New Patriotic Party (NPP), Sammy Awuku, is appealing to the group calling on President Nana Akufo-Addo to FixTheCountry to exercise restraint.

In his view, government has demonstrated enough commitment to accelerate Ghana’s development in spite of the COVID-19 pandemic that has ravaged world economies.

The protest, slated for Sunday, May, 9, 2021, dubbed ‘FixTheCountry’ is to vent their spleens over what they described as failure on the part of successive governments to improve the lives of the citizenry.

But the planned protest is in limbo after the police indicated that it cannot provide security due to the COVID-19 pandemic – a development the conveners of ‘FixTheCountry’ described as very disappointing.

Reacting to this, Mr Awuku on Asempa FM’s Ekosii Sen programme Wednesday said though those who want to demonstrate have right, he would prefer they dialogue with government.

He said demonstrations are justified when leadership does not show concerns but when you have a compassionate and listening leader like President Nana Akufo-Addo, then dialogue should be employed.

Describing himself as an ‘Agitated General’ on the street, Mr Awuku said he led similar demonstrations because the then government did not show any concern to the plight of the citizenry.

He appealed for calm as government works around the clock to improve the living standards of Ghanaians, especially the youth.

“Nana Akufo-Addo represents that leadership and we are going to rebuild this our Rome which is Ghana and we will make sure that myself and my government will not steal the building materials,” he stated. 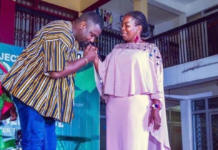 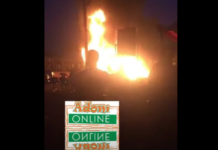 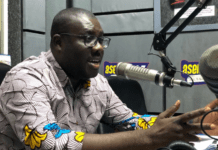 We will not be intimidated in this election – Sammy Awuku [Video] 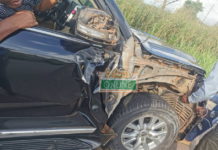 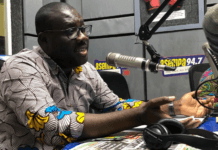 Thank you for believing in me – Sammy Awuku mourns Sir John