Ghanaian pop star, turned Man of God, Nana Kwasi Agyemang, popularly known as Geeman, says he gave up on life when he was sentenced to death by hanging.

In an interview on Asempa FM‘s Tête-à-Tête show over the weekend, Geeman said he wanted God to kill him when he was taken to the Nsawam Prisons.

In 1995, Geeman shot and killed a taxi driver at Dome in Accra – following a disagreement over the taxi fare.

The taxi driver had been hired by Nadia, a female friend and actress, who wanted to pay him a visit.

Later, the taxi driver returned to Geeman’s house to collect a patch of sand from the spot where Geeman was standing, supposedly for black magic purposes.

Geeman got angry, dashed to his room for a pistol and shot the taxi driver – after giving a warning shot.

Actor Abeiku Nyame aka Jagger Pee, who was present during the confrontation, was alleged to have held the taxi driver from running away.

After the court trial, Jaggar Pee received a life sentence, and Geeman was sentenced to death for murder.

Geeman started his jail sentence in January of 1995. He received a presidential pardon from the then outgoing President, John Agyekum Kufuor, on 9th January 2009.

Speaking during the interview, Geeman said after he was jailed, life became so difficult for him because the life in prison was a direct contrast of how he used to live.

The ‘Hi-Life in G’ Major’ hitmaker revealed that he shared a small room of about 12 inches with five other inmates at the prisons and had to live in such a congested room for 14 years, a situation he described as unpalatable.

He mentioned that one time he prayed to God to kill him because he could not endure the trauma he was going through, but he sought solace in the Bible and it helped him to survive. 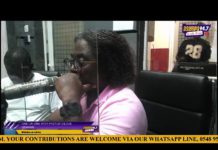 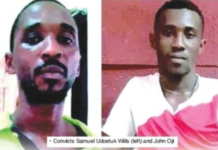 Nigerians react to death sentence for kidnappers of Takoradi girls

5 sentenced to death by hanging for kidnapping and murder