A single mum with nine children at home has been sentenced to death after being convicted of drug possession.

Hairun JalmanI, 55, was sentenced to die last week at the Tawau High Court in Sabah, Malaysia, after being caught with 113.9g of meth in 2018.

Her sentencing has grabbed international headlines after a clip of her shortly after the court hearing was shared across social media.

In the clip, she is seen crying and begging for her life as an officer escorts her from the courtroom.

The laws in Malaysia are very strict when it comes to the possession of drugs such as methamphetamine.

The mum was sentenced to die after being caught with 113.9g of meth ( Image: Media Viral)

The case of Hairun JalmanI has sparked outrage and a debate over Malaysia’s laws ( Image: Media Viral)

Anyone found with over 50 grams of the drug faces a mandatory death penalty, which is usually by hanging.

According to Amnesty Internationa l, 1,281 people were recorded as being on death row up to February 2019, with 73% of convictions being over drug trafficking.

In women, this figure rises to a shocking 95% being convicted of drug trafficking.

The report added: “Some ethnic minorities are overrepresented on death row, while the limited available information indicates that a large proportion of those on death row are people with less advantaged socio-economic backgrounds.”

The case of Hairun JalmanI has now sparked a wider conversation of the use of the death penalty on women.

In a statement released on Monday, Amnesty International said her case is an “example of how Malaysia’s death penalty punishes the poor [with] particular discriminations against women.”

Speaking on Twitter, Amnesty International Malaysia wrote: “Hairun’s life chances were stacked against her. She was a single mother in Malaysia’s poorest state trying to support nine children. Her case is an example of how Malaysia’s death penalty punishes the poor with particular discriminations against women.”

Asking the Malaysian government to repeal the mandatory death sentence for offenders, the statement asked for Jalmani’s children to be taken into account.

Court sentences 6 to death in killing of Sri Lankan 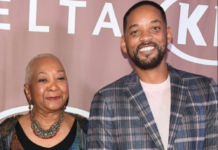 Will Smith’s mother speaks out about Oscars slap