According to him, it was to prove a chapter in a book he has written titled reasoning versus emotion.

Geeman, in an interview on Accra-based Kingdom FM, revealed that he left the United States to Ghana purposely to find true love.

Unclear what exactly his relationship with Delay looks like, Geeman reportedly stated that Delay is the chosen one.

“Marrying Delay is one of the biggest plans I intend to achieve. After I lost my ex-wife, I have not married any other woman. I travelled all the way to Ghana to purposely marry Delay,” he said.

However, in another interview, he has explained the comment was to emphasise scenarios where Ghanaians get hold of information and are quick to circulate without verification.

“It was just a joke to prove a point and I believe the point has been well made,” he said on Kumasi-based Hello FM.

Geeman, born Nana Kwasi Agyemang, stated he has been misrepresented, adding the real issues he addressed were not reported.

Meanwhile, Delay, reacting to the initial reports, stated she has never met her admirer [Geeman] before.

To her, the intention can only be clout chasing.

Listen to Geeman in the audio attached above: 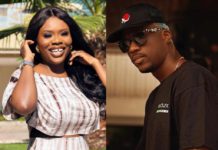 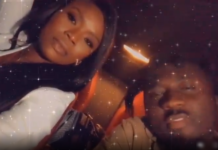