Award-winning gospel musician, Diana Hamilton, has recounted the difficulties and challenges she faced on the path of becoming a mother, saying she never had it all rosy in giving birth.

For someone who had to wait for almost six years to get her first child, she opened up about how she used to cry at the end of every month about the situation.

In an interview with Roselyn Felli on Prime Morning, Diana Hamilton added that she kept her faith alive despite the circumstances.

“I cried at the end of every month when I was hopeful and it didn’t happen. Like a Christian, you don’t cry like an unbeliever, you cry as somebody who has hope.

“If you don’t cry, then you’re being a hypocrite. So I cried, but I trusted God and, when God did it, it was a miracle,” she said on Wednesday, October 26.

According to her, it is insensitive to question women who are faced with childbirth challenges.

She urged such people to “pray for them in your closet.”

The musician, who is also a professional nurse, admonished people to not downplay women who opt for In Vitro Fertilisation (IVF) because, she says, it is also God’s blessing.

Diana Hamilton disclosed that she was struck down by a strange disease in the early part of 2021.

“I was hospitalised for six days or so and they couldn’t tell what it was and fear gripped me because it was at the height of Covid when nobody was allowed to come in and I was afraid for my life.

“Tests were run and they couldn’t tell me what it was. My infection rate was going up, they were trying every antibiotic [but] in the height of my fears God brought me a healing that was mind blowing,” the musician shared.

Diana Hamilton has released a new single titled ‘My Meditations’.

She explained that the song was inspired by the blessing of children after the problems she had been through over the years. 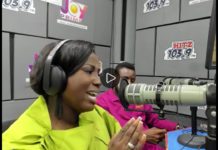 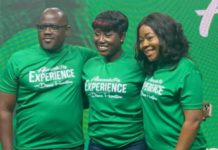