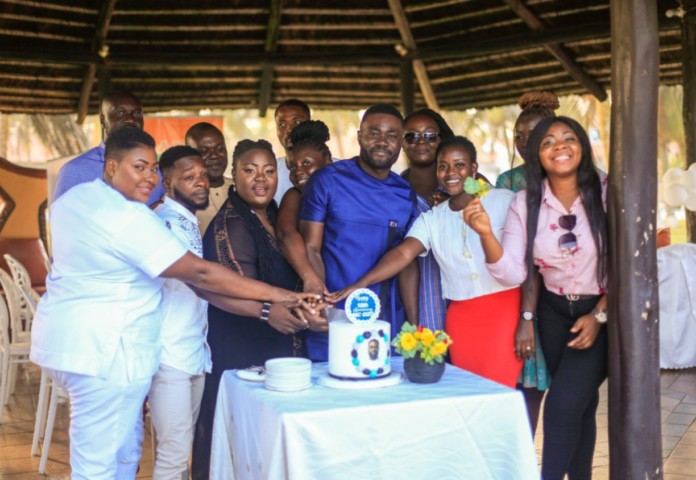 Over the weekend, radio show host and producer, Mic Gizo, celebrated his 10th anniversary with The Multimedia Group with his loyal listeners at the La Palm Royal Beach Hotel.

The event was to celebrate all the milestones achieved with the company since he joined on September 1, 2010.

The anniversary party, which came off on Sunday, October 4, saw Mic Gizo, born Michael Wiafe, interact with listeners who had come to spend time with him.

They danced, ate and cut a cake which was specially made to mark the occasion.

Mic Gizo joined the media company as a service person and rose through the ranks.

He started out as a Production Assistant on the Joy FM mid-morning show Cosmopolitan Mix and late afternoon show Drive Time before moving to Hitz FM.

After 10 years of walking through the doors of the Group, Mr Wiafe is now a Senior Producer, Presenter and an MC.

Mic Gizo is the lead producer for the ‘Afternoon Definition’, ‘Cruise Control (Drive Show)’ and the ‘Hitz Gallery Show (After Drive)’ all on Hitz FM. 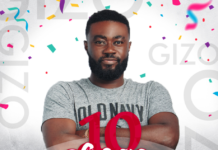