Heathrow has been told to cut passenger charges for airlines each year until 2026 by the Civil Aviation Authority.

The regulator said the reduction in charges reflected the recent rebound in passenger numbers, but would still allow the airport to invest.

But Heathrow, which wanted the charges raised, said the move would undermine the delivery of key improvements.

The charges are paid by airlines, but can then be passed onto passengers via airfares.

The CAA said the reduction in the charge “reflects expected increases in passenger numbers as the recovery from the pandemic continues and the higher level of the price cap in 2022, which was put in place in 2021 to reflect the challenges from the pandemic at the time”.

Richard Moriarty, chief executive of the CAA, said the cut in charges was “about doing the right thing for consumers”.

“Our independent and impartial analysis balances affordable charges for consumers, while allowing Heathrow to make the investment needed for the future.”

However, Heathrow chief executive John Holland-Kaye said the regulator “continues to underestimate what it takes to deliver a good passenger service, both in terms of the level of investment and operating costs required and the fair incentive needed for private investors to finance it”.

“Uncorrected, these elements of the CAA’s proposal will only result in passengers getting a worse experience at Heathrow as investment in service dries up,” he said. 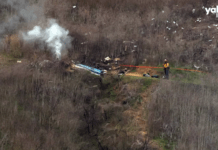 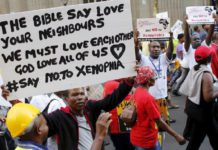 Azumah Nelson to start an airline