Minister for Fisheries and Aquaculture, Mavis Hawa Koomson has vowed to deal with some members of the Premix Committee over fuel theft.

According to her, most of the members divert the fuel meant for fishermen creating shortage.

Fishermen are up in arms with government over shortage of premix fuel. They claim shortage of fuel for three months is affecting their business.

Reacting to this on Asempa FM’s Ekosii Sen programme, Hon. Hawa Koomson said some members of the Premix Fuel Committee divert the fuel for their own selfish interests.

“The premix fuel is not enough for all of them and so what we do is that instead of loading 30 to 40 trucks of premix fuel for allocation, we load just 10 trucks every day.

“What hurts me most is that even after loading the 10 trucks for one community, these committee members hide in the bush and divert the fuel,” she bemoaned.

The Fisheries Minister said she has videos and pictures of committee members involved in the act and will soon give the evidence to the police for their arrest.

“I am coming after all those involved in this theft. I have videos and names of those who are diverting the fuel. At the right time, I will cause their arrest very soon. I won’t sit down for them to disgrace my Ministry” she fumed.

Ho. Hawa Koomson pledged her commitment to ensure a fair distribution of premix fuel across the country. 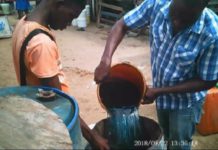 Prampram fishermen use petrol mixed with other oils as premix fuel

Why Hawa Koomson believes most Kasoa youth are lazy [Video] 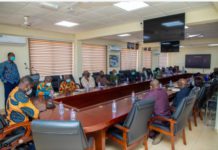