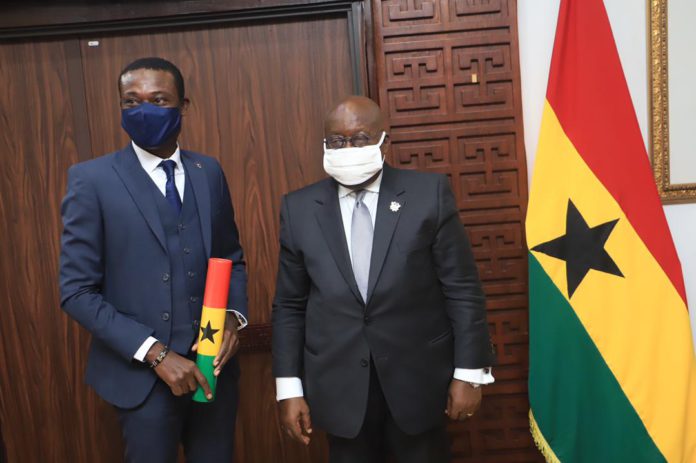 The meeting, called at the invitation of the SP, was to deliberate on how best the OSP can work with CSOs to engender a public space where corruption is high risk and low reward activity.

At the meeting, the SP laid out his vision for the Office which included focusing on corruption prevention activities targeted at addressing issues such as gift-giving, developing and preparing integrity plans for public agencies, conducting corruption risk assessments for major financial transactions, production of a manual to guide citizens on the operations of the Office and the launch of a flagship tool to track the progress of institutions called the Corruption League Table.

The SP’s vision also focused strongly on asset recovery, use of plea bargaining, and of course, prosecution, backed by good forensic work and investigations.

The CSOs commended the SP for the Office’s effort to communicate and engage with citizens through the media and online platforms and recommended that this activity be extended to the regions to help educate Ghanaians on the work of the OSP.

The CSOs also observed that the OSP has moved into a new 10-storey building at Ridge although it was currently occupying one floor as the OSP is yet to retrofit the rest of the floors, recruit the necessary staff, and set up the Office fully.

The CSOs commended the government for providing the OSP with the appropriate space to set up its operations. However, they observed there is still a lot to do for the OSP to be fully operational to pursue all its functions.

The CSOs, therefore, called on the President to ensure the OSP has adequate funding for the first crucial year of operations.

“We are dismayed to hear that of the GHS1.2 billion that was budgeted for capital and recurrent expenditure, only GHS80 million was allocated for the 2022 financial year representing only 6.6% of what was requested. This is far below what was even allocated by the government in the 2018 financial year for the setting up of the Office, although the money was never accessed,” the CSOs said in a statement.

“We acknowledge that the COVID-19 pandemic has impacted negatively on government resources and there are many essential competing needs. Nonetheless, we urge the government to do its best to ensure the OSP is finally able to get off the ground so it can do its important integrity building and anti-corruption work, an agenda that the President and the New Patriotic Party have identified as a key development priority if Ghana is to transform and go beyond aid,” the statement added.

Lastly, the CSOs called on the President to expedite action on the formation of the new OSP board to allow the Office to recruit its staff in accordance with the OSP Act 2017 (Act 959).

The CSOs said corruption remains a serious challenge in Ghana and all key investigative and prosecutorial agencies are needed to effectively work to help the country achieve its objectives.