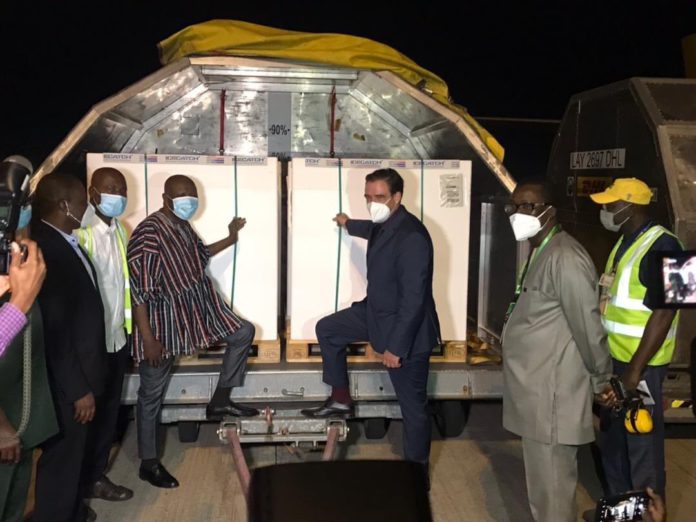 The government has taken delivery of 1.5 million doses of AstraZeneca covid-19 vaccines from Germany.

This brings to almost five million, the total number of vaccines received in the country so far out of which 3.2 million are AstraZeneca.

A Deputy Minister of Health, Mahama Asei Seini, received the vaccines on behalf of the government on Saturday, September 25, 2021.

Speaking at a media briefing on Sunday, the Director-General of the Ghana Health Service, Dr Patrick Kumah Aboagye, stated that over a million people have been inoculated with nearly 800,000 fully vaccinated.

He stated 89% of the vaccines are AstraZeneca, followed by Johnson and Johnson 10% and 1% Sputnik V vaccine.

Dr Aboagye further hinted that the country is expected to take delivery of some more vaccines in the coming weeks.

“Remember COVAX was supposed to send us 6.4 million doses and so far, we have received just a little over two million. So the rest will continue coming,” he said.

He noted that priority will be given to areas with high infection rates.