Private legal practitioner, Akoto Ampaw, has mounted a spirited defence for his position on the debate regarding the bill to criminalise homosexual activities.

According to him, the current debate on homosexuals in Ghana is not about religious beliefs or numbers but human rights issues.

To him, the real issues on the ground have to do with the fundamental rights of citizens as enshrined in the 1992 constitution.

“It is not lining up how many people support gays -30million, how many people are against gay; 2 million that is not the issue. The fundamental issue has to do with our constitution and rights. That is the basic issue that we have to address,” he stated on Accra-based TV3.

This comes a few days after Mr Ampaw and some 14 others from different fields ranging from law to academia submitted a memorandum to the select committee on constitutional, legal, and parliamentary affairs, kicking against the bill.

The private members’ bill, which is in the pipeline, is proposing a 10-year jail term for offenders, including promoters of any sexuality that falls within the LGBTQI+ spectrum other than between a man and a woman.

But to them, the proponents of the bill have not provided any data or evidence to suggest that there is such a threat, beyond a resort to some dogmatic religious tenets and so-called Ghanaian family values, hence want the bill rejected.

The 15 individuals argued the bill is an “impermissible invasion of the inviolability of human dignity, adding railroading the bill through would mean challenging Ghana’s 1992 Constitution.

Following their action, some Christian leaders also submitted a memorandum with about 15,000 signatories calling for the passage of the bill, stating it contravenes the norms and traditions of Ghana.

Buttering his point, Mr Ampaw stressed the controversial debate must be looked at with the constitutional lens and not religion and beliefs.

“It is a bit gratifying that just recently the Majority Leader in Parliament said that the matter will not be discussed on the basis of religious beliefs. I think that is a major step forward if that is how parliament is going to address this matter. It is a constitutional matter,” he said. 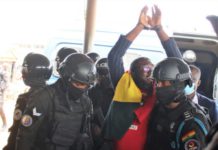 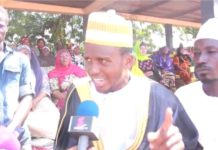