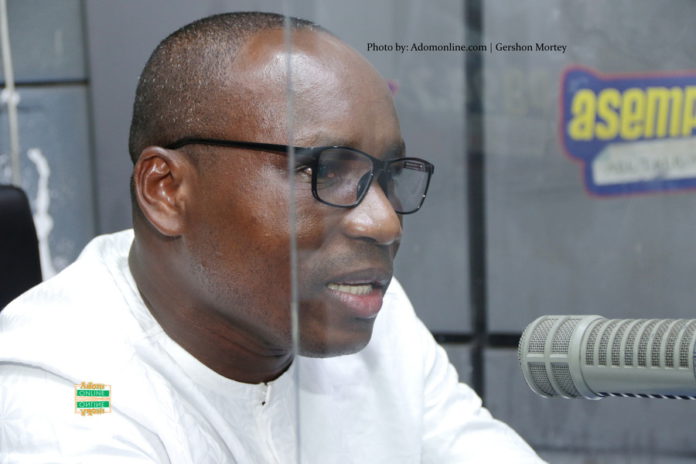 JoyNews/AdomNews · Galamseyers’ always run to pastors, politicians and other bigwigs for protection

District Chief Executive for Ellembelle District, Kwasi Bonzo, has said although he has been fighting illegal mining also known as galamsey for the past five years, it has become extremely complex.

He made this known on Adom FM’s morning show Dwaso Nsem Wednesday after he was arrested by the police for allegedly obstructing them in carrying out their duties in connection with two missing excavators.

The police had retrieved one of the missing excavators, en route to the Western Regional Police Command, Sekondi, last week.

The DCE said that the police claimed there were no excavators in their custody, and that, he and Francis Apeni, a member of the District Small Scale Mining Committee, were responsible for the safety of the machines.

But Mr Bonzo, who claims he has arrested some illegal miners in the area for about 18 times as the DCE, believes the issue transcends party lines.

“These galamseyers are there. I have arrested some miners at least 18 times. It transcends party lines.

“When you arrest these illegal miners they run to people they think have influence on you, sometimes you get NDC gurus call you, NPP big wigs will call you, pastors, Imams and other big people in the society will call to speak to you. Their operations are very complicated and complex,” he said.

This notwithstanding, the DCE has called on all Ghanaians to come on board and help them fight the canker as fighting it has become very difficult just like fighting drugs.

Asked if he would be surprised to hear he has been sacked from office as a result of the brouhaha surrounding the galamsey issue, Mr Bonzo said: “President Akufo-Addo appointed me and so if he is not happy about my work, he is the appointing authority.

“But I believe that the President stands for what I stand for.”