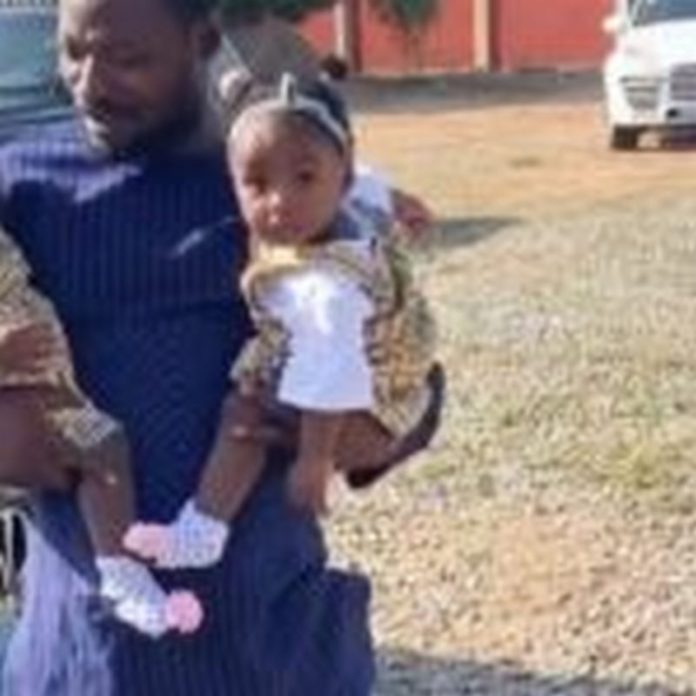 The ‘Kasoa Trotro’ actor hinted that the expected baby is a boy and he will name him after Emmanuel Adebayor.

Funny Face revealed he has made a promise to the Togolese footballer that he will name all his children after him.

Already, the comedian has named his twins, Ella and Bella after Adebayor.

Funny Face also talked about his relationship with Adebayor not being in a good shape following a recent misunderstanding.

“ GYE NYAME “ … Bro @e_adebayor .. between me and you .. things are not da way they used to be .. but with all da pain and the trauma I went through.. I named #EllaandBella after you .. coming after #EllaandBella Adebayor is a boy .. and you Remember I promised to name all my children after you .. even tho .. things are not like they used to be between me and you .. I still hold my promise to you .. my unborn “ SON “ coming soon .. am naming him KELVIN ADEBAYOR BOATENG …. for life is for life bro 🔥✊ .. am really sorry .. women Botos have caused me more harm Dan it can be repaired .. bro @e_adebayor bro am really sorry .. things are not da same without u .. now all my animals don’t respect me .. can u believe da turkey ( Alphonso da turkey 🦃 ) brought a female turkey home .. He just went to escort her …. da female turkey looked at me up and down .. and said .. I should fix da problems in my life before I .. insult her boyfriend ( AlPhonso da turkey 🦃 ) 😂🔥✊🇬🇭 🇹🇬 I feel bad 😢 😂🔥✊🇬🇭🇹🇬