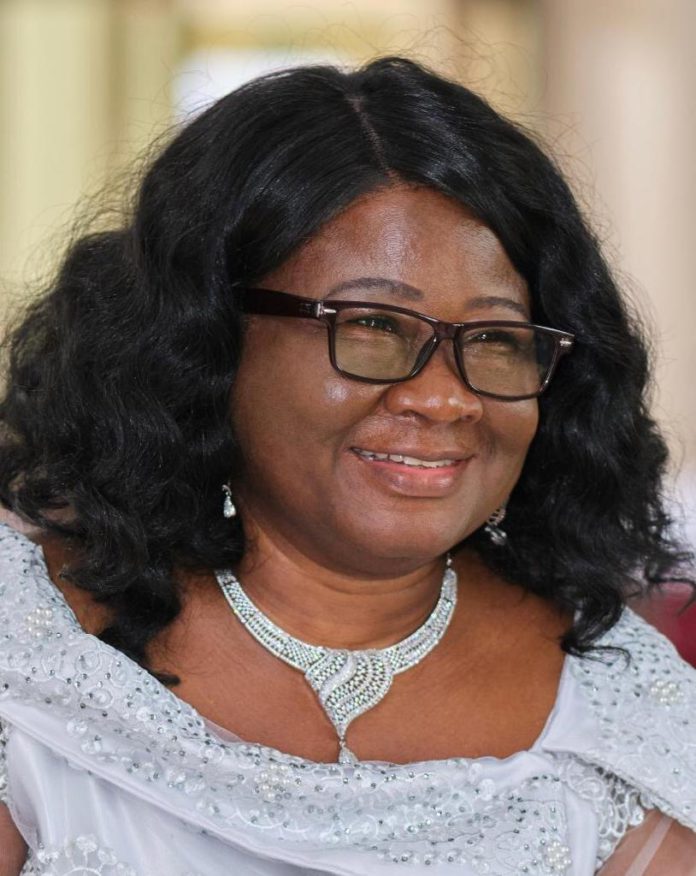 Professor Amoakohene has shared her personal story about growing up and the 1979 incidence that quenched her desire for politics.

Read her intriguing story as compiled by Adomonline.com’s Gertrude Otchere below:

It was her childhood dream to be a Minister of Foreign Affairs because she thought travelling will be fun, however, the 1979 coup, killed that ambition forever.

“Rawlings came into power in 1979 and staged his coup. With the violence and killings that characterised it, I said to myself, the only crime they committed was probably because they were in public office. That was what killed my interest so I said, well, let me just get my certificates,” she said.

Unfortunately, that incident in Ghana’s politics according to her, stalled her interest in politics and governance.

It was not until the late 1990s when that interest was rekindled by GTV, through its breakfast show.

“I am not sure what happened in 1979 cured the nation of greed and thievery. Sometimes people say the end justifies the means, but to what end was that? Subsequent to 1979, look at the huge amounts people are stealing. They con the state to give them monies and they call it judgment debt,” she bemoaned.

These were the words of Prof Magaret Ivy Amoakohene, a Council of State member and an Associate Professor at the University of Ghana (Legon) department of communication studies as she allowed Ghanaians into her life as part of the 2021 International Women’s day celebration.

Prof Margaret Amoakohene is a vibrant, hardworking and go-getter who has served in various sectors of governance and academia.

Her life journey commenced at the rising of the sun on 17 July 1960 when she became the first of six children to Mr and Mrs Gyan at Wenchi in the Bono region.

Though born to parents who did not have much, they always gave their best through hard work to ensure their children were comfortable.

“Growing up, I was greatly influenced by my parents because although poor, they were very honest and would always make sure that we did not deceive anybody.”

“What I liked most about them was that they never pretended to have what they did not, they made me understand the circumstances of my existence and therefore I didn’t compare myself to others and didn’t expect much more than they provided. So with such upbringing, you tend to be content with whatever was available,” she narrated.

To catalogue her experience and lead all of us into her remarkable life journey, she sat for an exclusive interview with Ghana’s most comprehensive online portal, Adomonline.com.

Prof Amoakohene attributed her life’s journey to certain principles taught her by her parents, to which she said had helped in shaping her life.

“There are certain traits you learn at home and of course you continue learning in school but what is prevalent in the house is what really influences you. So growing up under such an environment, you learn contentment and whatever you have, you thank God and use it,” she told adomonline.com‘s Gertrude Otchere.

“My father was educated up to middle school, and with his certificate he got a job and started off as a bailiff but later had a job with VRA/NED in Tamale so it was from that institution he retired in 1998. He is now the Sanaahene of the Nsawkaw Traditional area,” Prof Amoakohene said.

“But my mum didn’t have a certificate so what she had to do was to do one job or the other so that she could, together with my father, put food on the table. Seriously, I saw her selling many things growing up and because I was the first child, I was doing most of the things with her,” she recounted.

Discussing some memories from her childhood days, she revealed she was a naughty child, a behaviour which forced her parents to send her to her grandmother.

However, an uncle’s advice on how grannies could over-pamper children brought her back to her parents.

Fast forward, the opportunity came for her to continue her secondary education but she decided to break what she described as a “Sakasaka tradition”.

The tradition, according to her, saw most students choose either the Ghana Secondary School or Tamale Secondary School, but she opted for St Francis in Jirapa due to the fact that two of her seniors schooled there.

She was in St Francis Secondary School in Jirapa, in the Upper West Region of Ghana from 1974 to 1979 and then proceeded to St Louis Senior High School in Kumasi to obtain her GCE Advanced level certificate then to the University of Ghana in 1981.

“I am pleased to say that even though I have parents who did not advance that much in school, they were determined to educate their children.  Sometimes it was hard for them to come by money to take care of us.

“But one thing we could always say or boast of was that none of us was chased home to collect school fees. My father always made sure he paid our school fees. But of course, the problem was whether you had new clothes to wear or you had three square meals to eat,” she said proudly.

Her life, however, took a different turn after an encounter with former President John Agyekum Kufuor during a presidential interview she conducted on behalf of the Ghana Broadcasting Corporation (GBC).

“I used to be part of a team on the breakfast show which happened to be the first morning show so one day, they asked me to interview presidential aspirants.

“After the interview, Mr Kufuor commended me and signed a copy of the NPP manifesto for me. Along the way, I had to pursue my education in the UK but my mind was always home and I don’t know whether it was because my children were young.

“Every year, I was in Ghana; I will come in the middle of December and leave middle of January. So when I was finally able to do a complete draft of my thesis, I left the UK,” she narrated.

However, in what appeared to be a complete turnaround, just when she thought she was finally moving to Ghana for good, she was appointed Ghana’s High Commissioner to Canada.

The hard-working Aunty Maggie delivered on her mandate diligently and unknown to her, that was the beginning of more exciting opportunities to come her way.

She was appointed a member of the Council of State in President Akufo-Addo’s first term in 2017.

“It was something I never expected and my immediate reaction was to ask: Why, am I that old?  You know how we have the perception that old people are the ones given that job.

“So I knew I was growing old but didn’t think I was that old to be a Council of State member; [a response she said stunned her caller] but I asked for an opportunity to think about it,” she said amid laughter.

As confused as she appeared over the news, she found a solution while on her way to church that night.

“I felt that was the best thing for me because in that year 2017, I was going to turn 57 and for some reason, I have never wanted to abrogate my contract with University of Ghana (UG). I always thought that I should stay committed because I started here as a student and never really left.

“I did graduate work and started teaching and some years into the teaching, I went for my PhD and came back so it was like my whole life has been at UG and so I wondered if I had served till I’m 57, why should I just end it instead of finishing?” she quizzed.

“At 57, there wasn’t much time for me to come back and serve the university again so I thought this was apparently the best option for me because since the council of state was a part-time work, I could still be teaching,” she noted.

With a digression from academia and work to the flip side of her life, Aunty Maggie touched on food and entertainment as well.

She disclosed Tuo-Zaafi and banku have always been her favourite meals over the years due to the okro that comes with them.

As regard music, she mentioned the likes of Ohemaa Mercy, Diana Hamilton and Celestine Odonkor as some of her favourite musicians.

According to her, she always enjoys songs that speak to the soul and have good lyrics.

As part of her final words, Aunty Maggie shared some nuggets of wisdom for living.

“We shouldn’t forget prayer and right living with God and never try to get ahead of Him because we may hit our heads against the wall. Just be hardworking and leave the rest for God because he knows our frailties,” she urged. 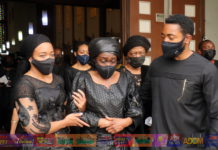 The joy of my victory not ‘complete’ – Kofi Adams