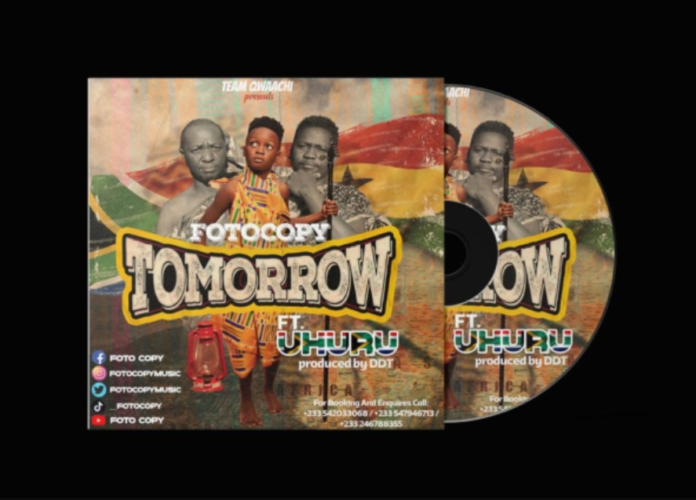 The sky was lit with fireworks as Ghana’s youngest musician, Kallai Nana Qwaachi, popularly known as ‘Fotocopy’ stepped onto the stage at the 4Syte Music Mansion for the official release of his new song and music video titled ‘Tomorrow’.

The song, which features Khona hitmakers, Uhuru was produced in Ghana by music producer DDT and recorded partly, in the famous Kalawa Jazmee Records studios at Johannesburg in South Africa.

The energetic crowd did a countdown before the line array speakers started buzzing the chorus, Tomorrow, Tomorrow.

The child-star is hoping the new song will enjoy massive digital streaming just like his ‘School Dey Be’ song which has now hit 1 million views on Youtube.

For Fotocopy, this song is a dream come true because he was born the same year the global hit song Khona was released by South African musicians, Mafikizolo and Uhuru.

Even as a baby and a boy, he danced to the song and later chose Uhuru as his mentor.

It was tears of joy for the class four pupil when he first met the musicians and earned a collaboration with the music stars he, prior to their meeting, had only seen on the internet and television.

In an interview with Joy Entertainment, he said “This is a big step for my career. I used to listen to them when I was a baby and now I have a song with them. It’s my prayer that I will hit more than 1Million views on YouTube just like my School Dey Be song”

Fotocopy’s father, Qwaachi says he will do everything within his power to ensure that his son realizes his dream of becoming one of the best in the music industry.

Check out the new song below. 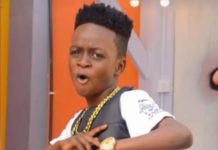