A first time mum has tragically died of Covid before she was ever able to hold her baby daughter.

Aimee ‘Jacqueline’ Ayala, 22, from El Paso, Texas, in the US, contracted the virus a month before she reached full term and was forced to give birth via emergency C-section just six days later on November 13.

Although doctors safely delivered baby Addison Mariand Morales, Jacqueline’s condition continued to decline and on November 30 she passed away.

The excited expecting mum looked a picture of health and happiness as she posed for several photos shown on her Facebook baring her baby bump or holding up garments for the new arrival.

But after testing positive for Covid-19 on November 13 Jacqueline was hospitalised and only got a brief look at her daughter before her health took a turn for the worst.

The new mum posted online about her “depression and despair” of being kept from her baby before she had to be intubated in a last ditch effort to help her breathe.

She has left behind her new daughter and partner, Juan Pablo Morales Orozco.

Her sister, Kimberly Ayala told KTSM: “As weeks went by she just got worse and then she went into cardiac respiratory arrest. She could breathe her heart stopped.”

“Knowing she never got to hold her, that was the worst part. She loved her so much we know she did because she gave her life for her,” said Kimberly.

At one point Jacqueline died for 15 minutes and though she was resuscitated, she was pronounced brain dead and officially died on November 30. 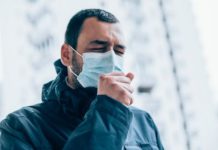