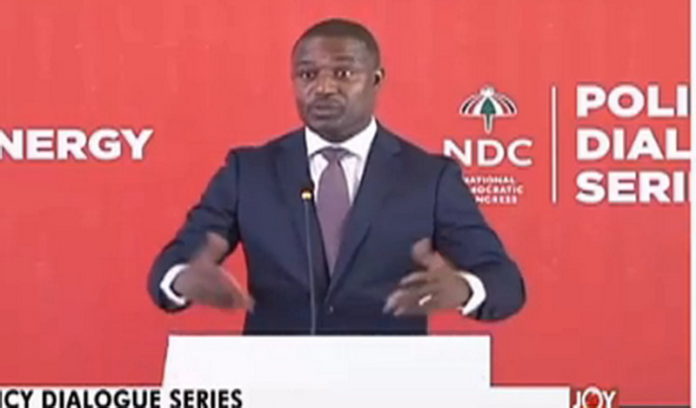 Member of Parliament (MP) for Yapei Kusawgu constituency, John Jinapor, is not worried about losing his seat in the 2020 general election.

In his view, election is not a do or die affair, hence, he will still be gainfully employed should he exit the August House.

Discussing his political future on Asempa FM’s Ekosii Sen programme Friday, the former Deputy Minister of Energy in the erstwhile John Mahama administration said he is not afraid of defeat.

Mr Jinapor said he is an accomplished intellectual and would like to lecture or be a farmer after Parliament.

“God forbid but if I lose the election, I want to go and lecture or farm. I pray that I win; but why! Ghana doesn’t belong to me,” he said.

He was, however, confident he will retain his seat and the National Democratic Congress will win the December polls and redeem Ghanaians from abject poverty.

The MP noted that the Akufo-Addo-led administration has failed to deliver and the electorate will show him the exit in the polls.

He said former President Mahama is the only candidate who can save Ghana from total collapse.