Actress, Fella Makafui, has recounted how she came close to death after collapsing at her workplace on Friday.

In a tweet on March 19, the wife of rapper Medikal said she started off her day healthy, however, in a split second, she found herself in a hospital bed.

“I saw my life flashed before my eyes yesterday!! The whole thing happened fast and it was the opposite. I think that would’ve been it!! Went to work healthy and was rushed to the hospital in the afternoon,” she narrated.

The mother of one is currently fine as she noted that she is “grateful for life.”

Fella Makafui used her platform to urge individuals to prioritize their health.

She said the experience has taught her to “take care of myself before anything.” “I need to make time for my health, live life with no excuses (which I’m used to),” she wrote.

According to the actress, she does not want to have regrets about not accomplishing things she had wanted to do while alive.

“Moral lesson of the day, ‘Take care of yourself first,” she added.

In reaction to her unfortunate incident, some users on Twitter expressed their sympathy and wished her speedy recovery.

However, they could not stay away from connecting the dots as this is not the first time the actress has fainted.

During her traditional marriage on March 7, 2020, at the Odehye Gardens in East Legon, Fella Makafui fainted.

Some Ghanaians believed this was because she was pregnant. Their suspicion was right as Fella and her husband welcomed their daughter, Island Frimpong, in August 2020.

Some users believe her recent incident may be as a result of another baby the two are expecting. 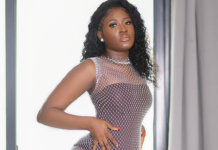 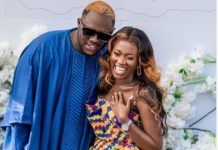 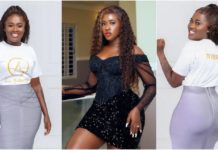 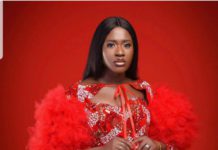 Fella Makafui exposes ‘big girls’ who allegedly stole from her