Two children, aged six and eight years old, have been hospitalised after being shot by their father’s landlord.

The landlord, 80-year-old ex-military officer, is reported to have opened fire following disagreements with the children’s father over unpaid rent.

Narrating the incident to Luv FM’s Nana Yaw Gyimah, the distraught father, Collins Kusi, said before the shooting incident, the suspect hit his left ear with a hammer.

“I heard a knock on my door; I came out to find the old man tying a red cloth around my windows. I asked him why and in a loud voice, he asked me whether he hadn’t threatened to kill me before.

“He had a hammer in his hand; he then hit me with it. I quickly struggled with him for it. After taking the hammer from him, he went into his room and brought a single barrel gun.

“He shot in my direction twice, but missed. Again, I struggled with him for the gun. Later, I heard people drawing my attention to the children who were down bleeding at that point,” he recounted.

According to Mr Kusi, the suspect started issuing the threats in 2019 after the demise of his original landlord.

He claimed the retired soldier demanded rent from him despite being directed to pay the money to another relative. 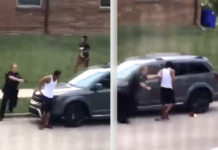 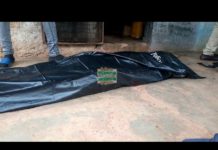 Man shoots woman after mistaking her for a deer