The Ellembelle Divisional Police Commander, Assistant Commissioner of Police (ACP) Dodzi Hlordzi, has been interdicted by the police administration.

The Divisional Police Commander is said to have been interdicted on Monday, September 5, 2022.

Starrfm.com.gh reports the police commander was interdicted after he engaged in radio banter, which breaches police professional ethics.

Meanwhile, the Ellembelle Police have retrieved one of the excavators that were reported missing from Ellembelle, in the Western region.

A police report says while the team of police officers was escorting the excavator to Takoradi, at the Axim Junction, the DCE of Ellembelle, Mr Kwasi Bonzo allegedly organised and led some thugs to attack the police and obstruct the operation.

He was arrested together with three others.

The District Chief Executive (DCE) for Ellembelle in the Western Region, Kwasi Bonzo, had recently accused the Esiama Divisional Police Command over two missing excavators from the site of illegal mining, popularly known as ‘galamsey”, near the Nkroful Senior High School.

Briefing journalists on Thursday at Teleku Bokazo, Mr Bonzo expressed worry that brand new excavators retrieved from a ‘galamsey site’ in the custody of the police vanished.

In its rebuttal, the Western Regional Police Command said the police did not take custody of any excavator as alleged by the DCE.

A statement, signed by the Head of Police  Public Affairs Unit  in Western Region, Superintendent Olivia Ewurabena Adiku, on Saturday, said: “We wish to categorically state that no excavators  were handed to the police by the DCE, Mr Kwasi Bonzo, or any other person from the assembly.” 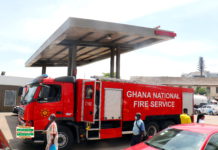 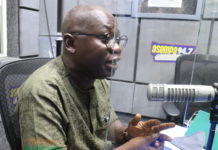 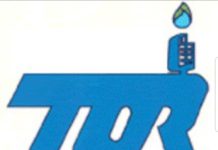