Public Relations Officer of the Mobile Money Agents Association of Ghana (MMAAG), Charles Kwesi Addo, has called on the government to provide members of the association with better conditions of service.

Mr Addo, speaking on Dwaso Nsem on Adom FM, lamented the poor service rendered to the members, hence the need to better it.

“There has been an increment in everything if you look at the indicators we use in our operations, but still, the government of the day is thinking about itself on how to mobilise revenue,” he stated.

According to him, the association and its members are not against the e-levy bill but rather government should put in place measures that will make them secure.

“We (MMAAG) are not against the passage of the e-levy, we are in agreement with it but every blessed day agents are killed and others robbed, what is the government doing about it?”

“There has been nothing to solve those issues,” he added.

Mr Addo further disclosed that there hasn’t been any increment in the profit they earn since the inception of the mobile money service.

“We made them aware that since the introduction of mobile money electronic transfer for over 12 years now, there has been no increment in terms of commitment,” he noted.

“The 0.5 percent that was issued in 2009 and served as the profit of the agents has been in existence till now without any increment,” he added. 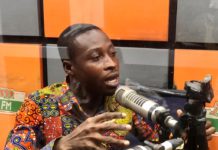