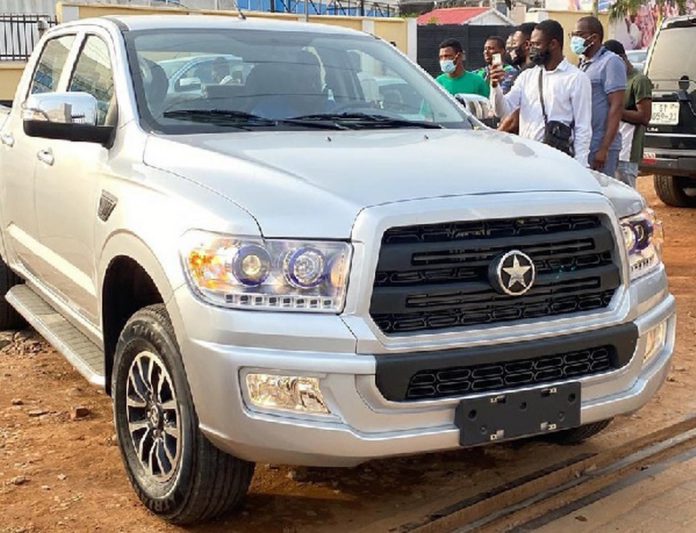 The President, Nana Addo Dankwa Akufo-Addo, has called on local assembly plants including the Kantanka brand produced by Kantanka Automobile Company Ltd to take advantage of the embargo on the importation of 4×4 vehicles for official use.

According to him, it is the government’s way of prioritising local automobile producers.

“Now that the Minister for Finance has announced an embargo on the importation of 4×4 vehicles for official use, I hope the local assembly plants will take full advantage of the opportunity, especially since government is continuing with its policy of giving first priority to locally assembled vehicles in respect of all publicly financed procurement of vehicles.

The President further stated a new state-of-the-art assembly plant with the capacity to assemble 5,000 new vehicles per annum has been established by Nissan in Tema, which is currently producing Nissan and Peugeot brands of vehicles for the Ghanaian and West African markets.

He noted he will have the pleasure to commission this new plant in Tema on Thursday as three other vehicle manufacturers, namely KIA, Hyundai and Renault are also expected to commence commercial production this year.

“VW and Sinotruck, which commenced commercial operations in 2020, have continued to assemble their brands of vehicles and are enjoying significant local patronage,” he said.