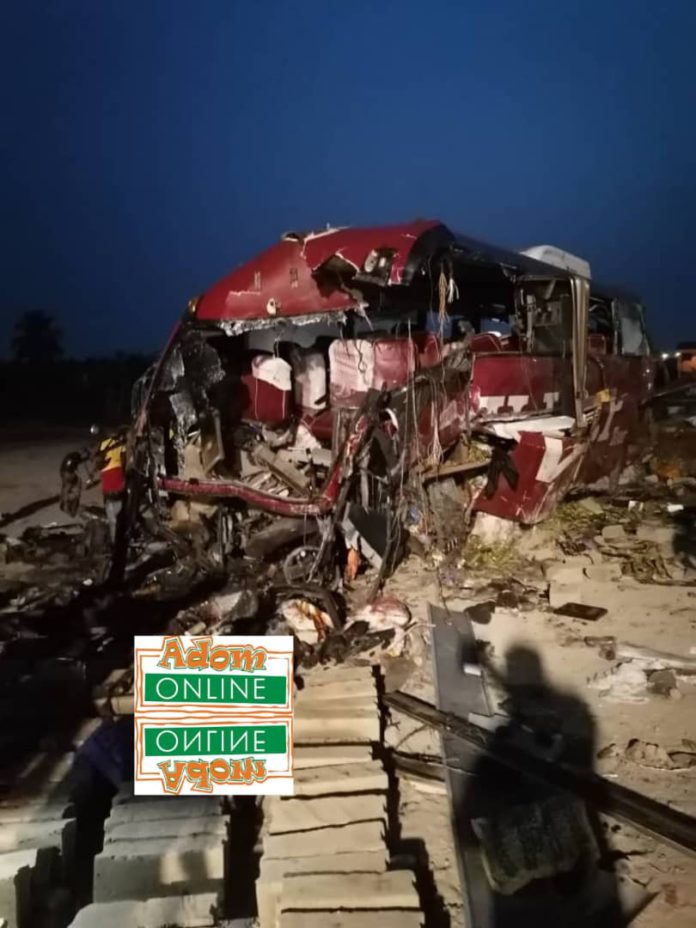 A driver’s mate of a Kia Granbird bus with registration number GE 5510-15, who survived a gory accident at Akim Asafo in the Eastern Region on the Accra-Kumasi highway, has broken his silence.

The accident, which occurred through a head-on collision involving another Kia Granbird bus with registration numbers GT 5629-18 around 1:30 am on Friday, claimed 16 lives with several others injured.

The mate, narrating what happened, said everything happened in flash.

He explained his 49-year-old driver, identified as Fabulous and his 21-year-old son, who is also a mate onboard the vehicle, were part of the people who lost their lives.

He said: “I always stand at the front door beside the driver but when we set off on Thursday, the driver’s son told me he wanted to stand by his father today so I should go to the backdoor which I did and fell asleep in the course of the journey,” he disclosed on Accra-based Okay FM, monitored by Adomonline.com.

He revealed that Fabulous and his son were trapped under the vehicle after the accident leading to their death.

He said he has been at the mortuary to view their bodies at the Suhum Government  Hospital.