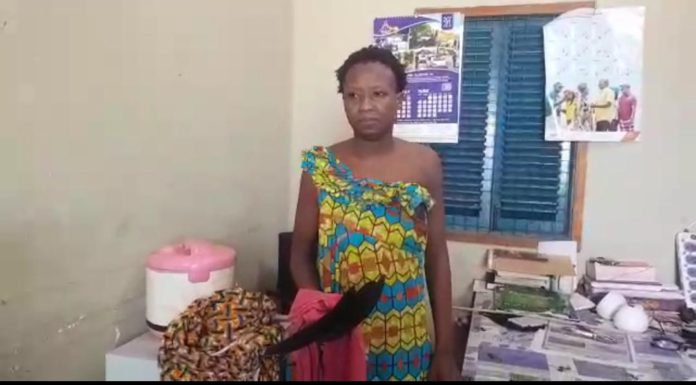 A woman, who is a member of a baby theft syndicate which was busted by the Sefwi Police, has been exposed for faking her pregnancy.

Paulina and her four accomplices are in court for allegedly stealing twin babies.

Their identities have been revealed as Stephen Owusu, 32, Sampson Addai, 33, Haruna Yusif, 36, and 24-year-old Kofi Nkrumah.

According to the Sefwi Wiaso Police command, the suspects failed their bail conditions granted on March 13, citing Paulina’s pregnancy as an excuse.

However, her actions are said to have raised suspicion, hence upon intelligence, the Police command began secret investigations to ascertain if she was indeed an expectant mother.

Sefwi Wiawso police commander, DSP Christopher Darkey, told Adom News that they became suspicious of Paulina since her pregnancy looked the same three months after she first appeared before the court.

Two female police officers were tasked to inspect the pregnancy, which led to the discovery that Paulina was not pregnant after all.

She had inserted heaps of foam and rags into her undergarments to fake pregnancy.