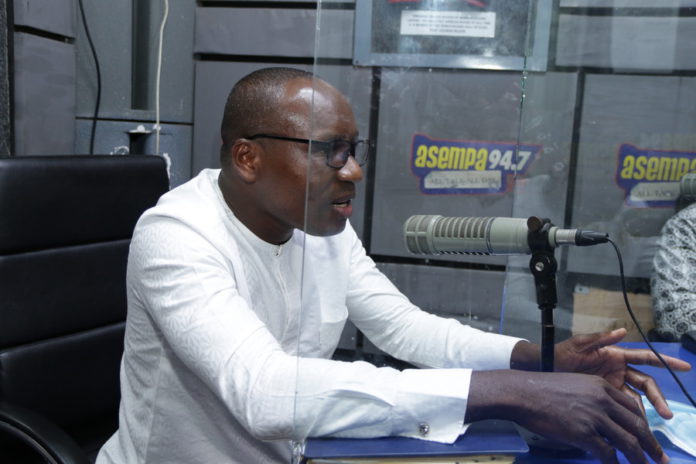 District Chief Executive (DCE) nominee for Ellembelle, Kwasi Bonzoh, says he is optimistic that he will unseat the current Member of Parliament (MP), Emmanuel Armah-Kofi Buah.

According to him, though that would be the 4th time of contesting, he is ready to end something he started and will never give up.

“If you start something, you want to end it. If I go through my party primaries and my party people give me the opportunity, I will run again as the MP in that constituency. It took Hon Kwaku Afriyie four times to win Sefwi and he has since maintained it and so I will never give up.

“Traditionally, Ellembelle is a CPP seat but as the dynamics are changing now, most of the CPP seats have been taken over by the NDC. When Kofi Buah beat Freddy Blay, he worked hard to consolidate the gains of the party to become the Energy Minister,” he said.

He added: “We are also working hard to snatch the seat from the NDC. I believe if I am given the opportunity to go for the 4th time, we will be comparing our records in government. It is a seat that I believe we will take when we work hard and I believe that New Patriotic Party should be able to win that seat.”

Speaking on his re-nomination, Mr Bonzoh told Asempa FM’s Ekosii Sen Show host that he believes the assembly members would endorse him to continue his good works.

“I lived well with my assembly members so I would sail through. I have been part of every election in Ellembelle since 1996. I am a true party person and a grassroots as such. My footprints are all over the District as DCE,” he stated.