Thailand is trying a new tactic in its battle against the new coronavirus: banning the sale of alcoholic beverages to try to curb irresponsible socialising.

With bars already ordered closed, a number of provinces, as well as the capital Bangkok, have taken things a step further and temporarily outlawed the sale of beer, wine and spirits.

Bangkok’s ban, which started Friday and runs until April 20, had the unintended effect of creating crowds and long lines at stores as people stocked up in the few hours between the ban’s announcement and its going into effect.

Authorities have been concerned about the potential for partying during the upcoming Thai new year festival known as Songkran. It is Thailand’s biggest holiday and is notorious for merrymaking and drinking, which contributes to a spike in traffic deaths.

The official April 13-15 holiday has already been postponed and organized celebrations canceled because of the crowds they would attract.

Thailand has confirmed 2,473 cases if the new coronavirus and 33 deaths. At least initially, a number of the country’s virus cases were linked to parties at Bangkok nightspots.

Most surveys put Thai alcohol consumption a bit above the global average, but far below the volumes of Eastern Europe.

Unsurprisingly, distillers and brewers are critical of the booze bans. The president of Thai Alcohol Beverage Business Association, Thanakorn Kuptajit told the business newspaper Thansettakij that drinkers will find what they need in a less managed way, such as driving to areas where there are no bans or purchasing from smugglers, hoarders and underground producers.

Several other countries have instituted bans on alcohol sales, either in selected areas or nationwide, to curb alcohol-fueled gatherings during the virus pandemic. They include Barbados, Grenada, Colombia, Mexico, Botswana, Zimbabwe, South Africa and Greenland.

In South Africa and Greenland, officials specifically said the ban was also imposed to try to curb domestic violence that might rise in volatile situations where families are cooped up in close quarters, often with a loss of income. 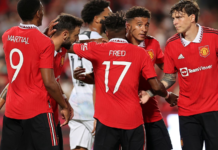 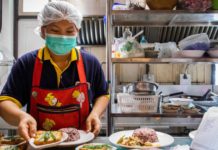