Member of Parliament for Assin Central, Kennedy Agyapong, has called for the re-closure of schools and churches following a rise in Covid-19 cases in Ghana.

He believes that can help to curb the spread of infections in the country.

Many institutions, including child right activists, have called on the government to close down schools after some schools recorded cases.

The lawmaker made the call on Adom FM’s Burning Issues hosted by Akua Boakyewaa Yiadom.

“It is a proposal I will make to the president if I meet him to close down schools and churches.

“Parents put pressure on the government to reopen schools because you want to shy away from responsibilities so the government must close it again,” he said.

Meanwhile, the Director-General of Ghana Health Service, Dr Patrick Kumah Aboagye, at a press conference on Monday, disclosed about 146 schoolchildren have contracted the virus but are undergoing treatment and doing well. 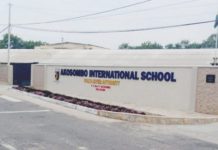