Assin Central Member of Parliament (MP), Kennedy Agyapong, failed to show up in court after he was ordered by the High Court to appear before it to face contempt charge.

The MP, who is said to have allegedly scandalised and threatened the court, was given the opportunity to “show cause why he should not be severely punished for contempt of court.”

But, Mr Agyapong did not enter the doors of the court, and his defense through an application filed by his lawyer noted that he was not personally served with the first order dated September 9, 2020, for him to appear before the court.

To ensure his presence, the court has asked that a substituted service be adopted where the summons will be pasted on his Net 2 TV building.

The Accra High Court has, thus, adjourned the case to Friday, September 18. 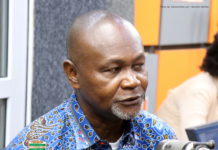