The Interior Minister, Ambrose Dery, has dismissed claims that January 7, set aside by government to celebrate Ghana’s constitutional rule is an idle holiday.

Interacting with JoyNews, the Minister said such assertions are false as the day creates the opportunity to reflect on the country’s democratic governance.

“This is the 8th Parliament and probably when the President decided and we went to Parliament to declare January 7, Constitutional Day, some people thought it was an idle holiday.

“It is not an idle holiday. We want people to wake up from complacency that we think we have arrived as a multi-party democracy. Yes, within the region, we are a shining example but I believe the Constitutional Day should give us an opportunity to reflect, improve and consolidate,” he said.

According to Mr Dery, Ghanaians should work towards becoming more tolerant.

“One aspect of our democratic attitude that we must develop and build on is tolerance. Tolerance of different views and that is what we need to build on.”

He referenced the current impasse in Parliament over the approval of the electronic transaction levy (e-levy) to underscore the need for tolerance.

“What is happening in Parliament now in the Fourth Republic is a matter of concern. I say so and I want to put it in context.

“The constitution requires that we are tolerant and I am looking forward to us doing the right thing. Tolerating each other’s views in Parliament and reflecting the nature of the people we represent and continue to build our democracy. That is what I look forward to,” the Nandom MP explained.

On the e-levy initiative suggested by government to widen its net tax, the Interior Minister said the initiative has been misunderstood.

“The E-levy is being misunderstood,” therefore “I am calling on all concerned to reconsider and support us moving forward to help us get the necessary resources to build Ghana and move towards a Ghana Beyond Aid.”

Mr Dery stated that the resources generated will be used to construct roads and provide job opportunities for the unemployed youth in the country. 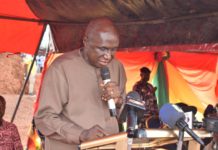 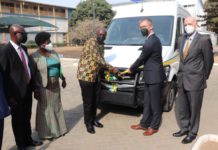 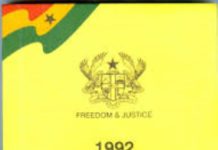