For the singular act of Minister of Foreign Affairs, Shirley Ayorkor Botchwey, actress Christiana Awuni is willing to turn her back on the movie industry.

Madam Botchwey, during a political gathering, incited the electorate to vote against actor John Dumelo, insisting his status does not qualify him to be in parliament.

The statement has not gone down with the seasoned Kumawood actress who says she will not accept it and is calling on the Actors Guild to issue a letter to the Minister.

“The Actors Guild should wake up and fight. They should issue a letter to demand an apology for the thoughtless comments she [Ayorkor Botchwey] made,” she said.

The actress said she will quit acting and resign as a member of the Guild if the Minister fails to apologise.

The reason for her anger, she disclosed, is that politicians have taken pleasure in disrespecting filmmakers who go length and breadth to put smiles on the faces of their fans.

She recounted how in the era of Maame Dokono’s political journey, similar statements were made against actors that were ignored.

Actors like Salinko, Kwame Dzokoto, Ebi Bright and Obour have all come under ridicule for pursuing their political interests.

How Christiana Awuni met her husband and married at 17 [Video] 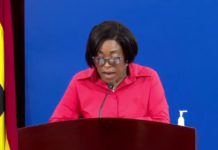 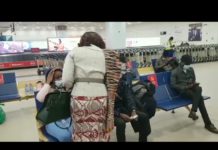 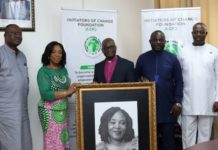