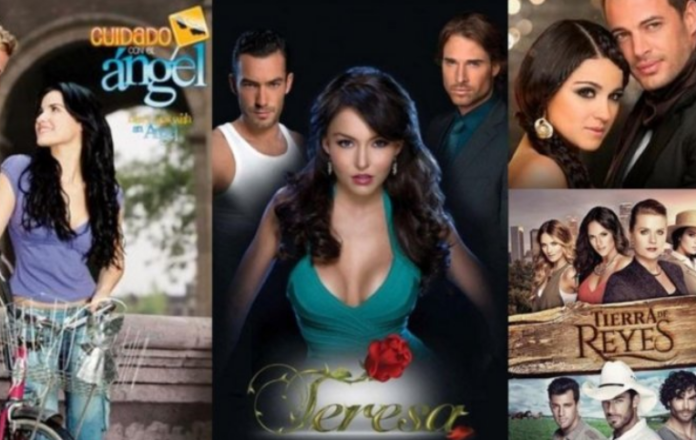 For some years now, telenovelas have created a space and filled the hearts of many, if not all Ghanaians.

Many of these novellas still linger in the minds of movie lovers due to its great plot, characters and actors.

Sound tracks found in these movies had a massive impact as majority of novella lovers learnt to sing those songs by heart.

Here is a list of telenovelas from the late ’90s and early 2000s that are still found on the lips of Ghanaians that must be revisited:

Rosalinda is a Mexican novella produced by Salvador Mejía Alejandre for Televisa in 1999.

The movie is considered as the most expensive television production in Mexico and most-watched telenovela in the world.

In the year 2000, Rosalinda had 2 billion viewers worldwide.

Just like the title, the movie focused on the life of Rosalinda Perez played by Thalia who finds her life a difficult one by her in-laws.

Mi Gorda Bella is the Mexican title for My Sweet Fat Valentina. The movie is a Venezuelan telenovela created by Carolina Espada and produced by Radio Caracas Televisión in 2002.

My Sweet Fat Valentina went international and had 138 episodes.

Natalia Streignard and Juan Pablo Raba stared as the protagonists with Hilda Abrahamz as the main antagonist.

The telenovela surrounded the life of fat Valentina Villanueva who was body-shamed and as a result, found no happiness until things turned around.

The movie had so much impact that songs were created in the Ghanaian community to serve as a remembrance.

Secreto de Amor known by all is the Mexican title for Secret of Love, an American telenovela produced by Venevisión International in 2001 and filmed in Miami, Florida.

The movie starred Scarlet Ortiz and Jorge Aravena as the main protagonists while Aura Cristina Geithner and Venezuelan actress Astrid Gruber starred as the main antagonists.

The movie tells the life of a young girl who works hard to support her family in difficult financial times.

Luisa Fernanda played by Mariana Ochoa was the main character in the movie.

The story revolves around the love of step-siblings who have no idea.

Kay Tagal Kang Hinintay is also known as The Long Wait is a Philippine soap opera, produced by ABS-CBN and Star Cinema.

The telenovela focused on the lives of twins, Lorrea and Lorrinda Guinto played by Lorna Tolentino.

Lorrea, thought to be Lorrinda gets involved in a war between drugs lords in pursuit of her missing son.

It was directed by Rafael Guitierrez, Martin Barazza, Julio Fons and originally released in 2001.