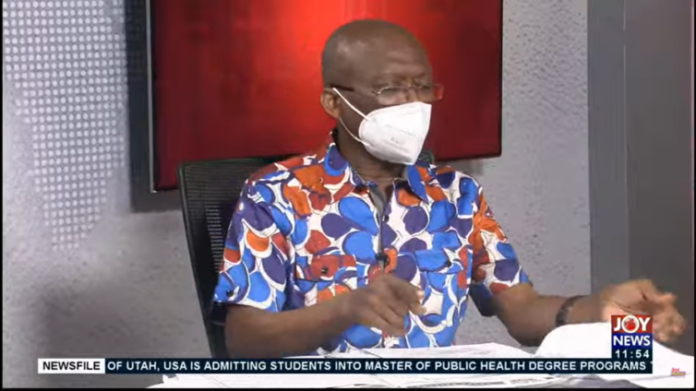 The Managing Editor of the New Crusading Guide newspaper, Abdul Malik Kweku Baako, has described as “reassuring” the Ghana Police Service’s arrest of “their own people” who were involved in some cases of bullion van robberies in the country.

Four police officers, who were arrested for their involvement in bullion van robberies, have been caged after they appeared in court on Wednesday.

A statement from the Ghana Police Service revealed that four more policemen and one civilian have been arrested in an “ongoing intelligence-led police investigation” into some bullion van robberies that have occurred in the country.

The statement also disclosed that a raid at Borteyman near Ashaiman, also led to the death of two other police officers who had been arrested earlier in connection with the bullion van robberies. According to the Service, the two died during an exchange of gunshots during the raid.

Meanwhile, “five other civilian suspects who have gone into hiding” are being pursued.

Mr Baako, contributing to a panel discussion on Peace FM’s ‘Kokrokoo’ programme, said: “The key point is that the police are cleaning up the system. It’s good enough that their intelligence led to the unmasking of these criminal elements . . . the positive side is that they’ve been busted by their own people and that they’ll ensure that the law will take its course.”