The African Centre for Parliamentary Affairs (ACEPA) has cast doubt over the objectivity of the outcome of the Joe Ghartey Committee on allegations of bribery in parliament.

According to a senior associate of ACEPA, Tuinese Amuzu, questions that were posed to witnesses who appeared before the committee were too skewed in a certain way that did not tell the entire story of what transpired.

He said there is no expectation of any critical outcome from the committee’s report which is to be presented to Parliament next Wednesday.

Speaking at a multi-stakeholder forum on strengthening responsiveness to corruption-related incidents, Amuzu said “The posture of the committee is as a result of the kind of training that members of the committee had.So we are all brought up into a system that say, if you are coming into this committee there are rules by which you should come. We should be more interested in the substantive matter, and coming to the bottom of it.”

“We should be less technical and more inclusive and more interested in delving into the bottom of the matter so that we will not say, you have come to give testimony on a particular aspect of the matter and once you are done, that is it.”

Parliament earlier this year, set up a five-member committee to investigate corruption allegations level against members of the Appointments Committee.
It was alleged that some members of the minority on the committee, were given bribes allegedly from the minister of Energy, Boakye Agyarko to facilitate his approval after he appeared before the committee for vetting.

But ACEPA said it does not expect any positive outcome from the committee’s report.

It had earlier said the delay in the release of the report could give room for speculations about the credibility of the report, adding that, the composition and posture of the committee already shows that the outcome will not incriminate any member of Parliament. 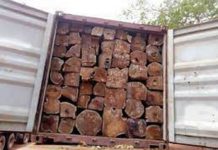