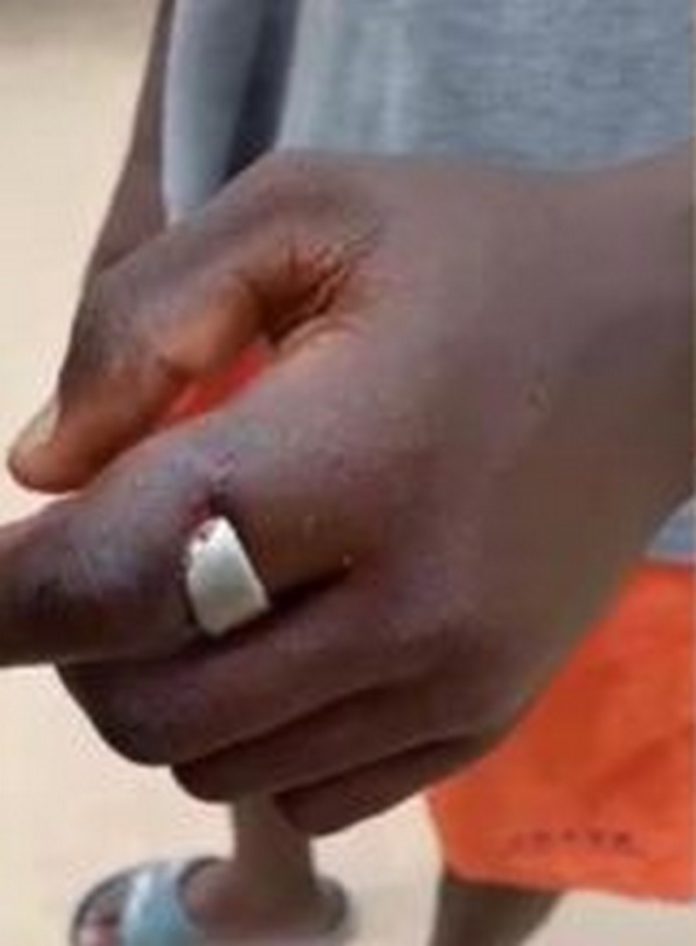 ‘Death sentence’ still hovers around the 19-year-old who wore a friend’s ring meant for spiritual purposes.

The teenager is groaning in pain after the ring he wore for adornment purposes penetrated his skin, coupled with spiritual consequences he is yet to face.

After failed attempts by doctors, pastors and a blacksmith to remove the silver ring on the teenager’s index finger, a Mallam was consulted for help.

According to the teenager’s sister, the Mallam confirmed the ring was unusual and was given to it’s owner for ritual wealth.

The Mallam is said to have applied herbs and eggs on the teenager from head to toe amid incantations and libations for over two hours.

After the removal, he is said to have, with the help of two others, successfully removed the ring and stopped the bleeding.

However, he denied the victim and his family relief when he is said to have stated that the deity who originated the ring is unhappy with the invasion.

According to the victim’s sister, the Mallam revealed the teenager will die in a week if a lump sum is not raised for spiritual pacification, in the stead of the blood of a newborn baby the deity requested for. 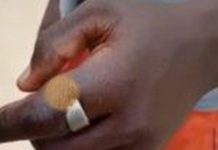 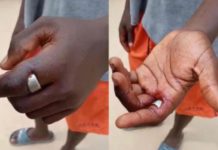