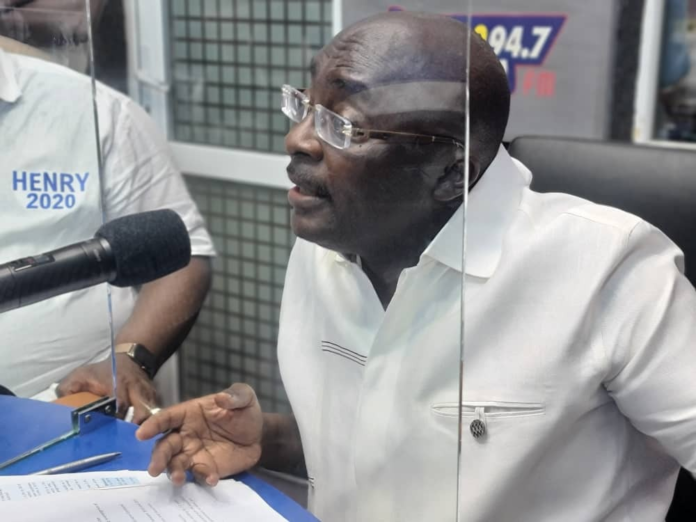 Vice President, Dr. Mahamudu Bawumia has described the activities of the Homeland Study Group Foundation (Western Togoland) in their struggle for independence as criminal.

“There is no legal basis for having a so-called Western Togoland. The activity of the secessionists in the Volta region is criminal because the history doesn’t support their action” he told Osei Bonsu on Asempa FM’s Ekosii Sen, Wednesday.

His comment comes after a group of persons believed to be members of Western Togoland separatist movement on Monday dawn attacked the State Transport Corporation (STC) in the Volta regional capital of Ho.

In this attack allegedly carried out by the group follows an earlier attack on some state institutions and police stations including mounting of roadblocks on Friday, September 25, 2020.

But Dr Bawumia maintained that, Western Togoland does not exist anywhere in Ghana’s history.

“The area today they call Western Togoland must be a figment of their imagination. It does not exist, there is no legal basis for their claims,” he told Ekosii Sen host of the show, OB.

He added that the government will not negotiate with the separatists adding that they have no basis for their fight.

Dr Bawumia revealed that the security agencies are working hard to intercept many of the plans these separatists will carry out.

“The agencies are doing a lot, it is not everything that we can say on air. I am very comfortable with their work. In fact, they have foiled things that could have been worse,” he added.

The Vice President urged Ghanaians to stand together to support the security agencies to help put a stop to the separatists’ activities.