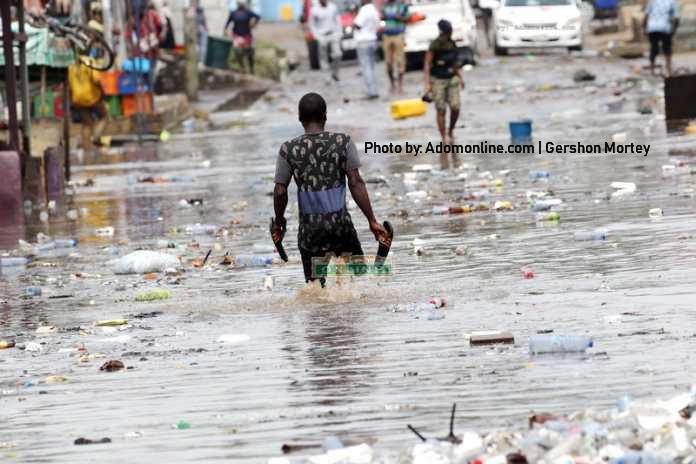 The Meteorological Service Agency is warning of more heavy rains in the coming days.

Head of the Forecasting Unit of the Agency, Mr Joe Tetteh Portuphy said
90 percent of Ghana is already in the raining season with Upper East and West to join next week.

The warning follows a heavy downpour that wreaked havoc in Accra and many other parts of the country over the weekend.

The rainstorm also left many people displaced from their homes and property running into thousands of cedis destroyed.

Mr Portuphy noted that in the Coastal and Middle Belts, there would be intermittent and moderate rains.

He urged Ghanaians to take their personal security serious, especially during the raining season to avoid deaths.

Meanwhile, the Accra Metropolitan Assembly is working to minimise the impact of perennial floods in the metropolis.

It has begun desilting storm drains ahead of the rainy season to prevent flooding.