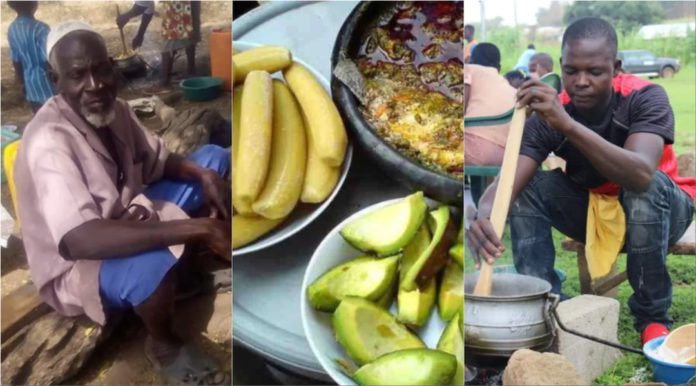 Some men at Awareeahi, a farming community at Asuaba in the Upper West Akim District of the Eastern Region have demanded a cooking competition to prove GHS 10 ‘chop money’ is enough.

Despite admitting times are hard, the residents believe GHS 10 is enough to set food on a family’s dining table.

When the argument of a balanced diet being prepared from the rather meager money was raised, considering that market prices of items may be high, the men demanded to be put to test.

“Organise a men’s cooking competition for us and see, those of us men here at Awareeahi will prove that our wives only demand too much for meals,” they said.

According to them, such a demonstration will challenge men to either provide more than Ghc 10 or teach their wives how to manage when the least amount is available.

The daring men outlined Banku, Akple, Ampesi, Braised rice and Jollof to put their case across.