The visit was to formally invite Madam Mensah as the Special Guest of Honour at the third edition of the GOWA awards gala slated for Friday, October 16, 2020, at the Swiss Spirit Hotel.

This year’s awards ceremony is themed: “The Role of Women in the Fight Against Covid-19”.

Mrs. Afua Asantewaa Aduonum, Chief Executive Officer (CEO) of Askof Productions and the leader of delegation said this year’s awards scheme gives special attention to health workers and philanthropists who have contributed to the fight of the Coronavirus pandemic.

“We deemed it necessary to invite you to this event considering the role you have played in the fight against Coronavirus pandemic.

“This year’s event is going to be different from last year as we recognise and honour health practitioners who have worked tirelessly in the fight against the deadly virus,” she said.

Madam Tina in her address accepted to be the Special Guest of Honour and assured the delegation of Askof Productions of her presence at the awards despite her tight schedule.

The Deputy Minister expressed concern about the recent “fake” awards being given to various individuals but deem the GOWA awards as a credible awards scheme considering their impact on women over the past years.

Ghanaian women who have also offered their service to the betterment of humanity in areas of education, agriculture, showbiz, politics, among others would also be honoured.

The night would witness some thrilling musical performances from Keche, Mr. Drew, among others. 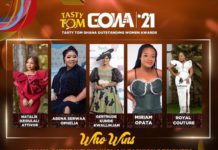 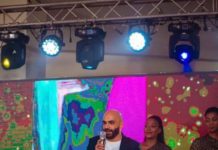