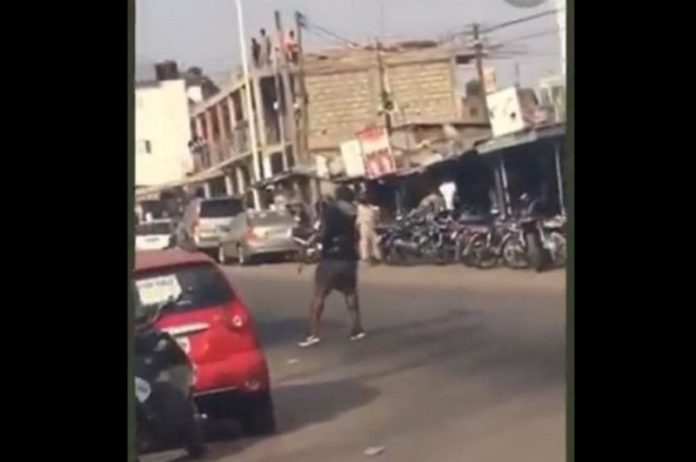 The Police in collaboration with the National Investigation Bureau (NIB) arrested another suspect in connection with the open shootout in Nima last week.

Suspect Farouk Dauda alias Omondi, aged 31 years, was part of the rioters of the clash.

He was arrested on Sunday, January 23, 2022, based on intelligence.

He was arrested at his hideout in a suburb of Accra based on intelligence, after having been in hiding since the incident occurred on January 18, 2022.

A search conducted on him led to the retrieval of a wrapped substance suspected to be Indian hemp.

He is currently in Police custody assisting with investigations.

Meanwhile, efforts are being made to arrest all other persons involved in the violent incident.