Police on Monday night recovered the body of another male adult at Bamahu, a suburb of Wa in the Upper West region.

The special purpose intelligence and investigation team recovered the body as part of their surveillance.

This comes after Police on Sunday discovered a human body in a shallow grave in Wa in the Upper West Region.

The body was later identified as a security man who went missing in the area.

Meanwhile, one suspect has been arrested in connection with the recent killings and disappearance in the municipality and its environs.

The suspect, Kankani Adongo, was arrested at Bamahu after extensive collaboration between the Police and community search parties.

He is currently in custody and assisting with investigations.

After the necessary crime scene examination, the body was removed and deposited at the Regional Hospital, Wa awaiting autopsy.

Below is the statement from the police: 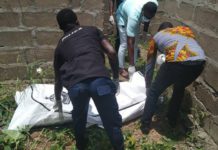 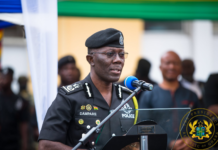