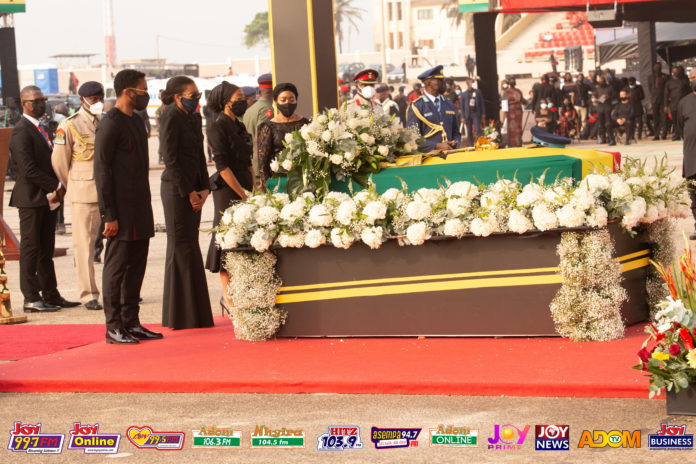 The Anlo Traditional Council has announced the date for the funeral of late ex-President Jerry John Rawlings.

The Council has scheduled what they described as a mini-funeral for their son and chief, Nutifafa Fia I of Anlo State for February 12 and 13, 2021.

The funeral will be held without the body of the late President at the Hogbe Park at Anloga in the Volta Region from 9:00 am.

The family, prior to the burial, had announced plans to hold its own mini-funeral with the hope of the body being transferred to Anlo.

However, the first President of Ghana’s Fourth Republic was laid to rest on January 27, 2021, in Accra, without the presence of the family, a situation that raised concerns among a section of Ghanaians.

Reacting to the development, the Secretary of the local funeral planning committee at Anlo, Agbotadua Kumasah, said they were not properly invited to the funeral, hence their absence.

Read the full details below: 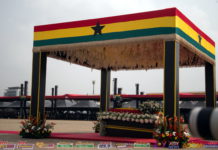 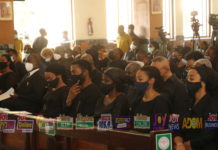