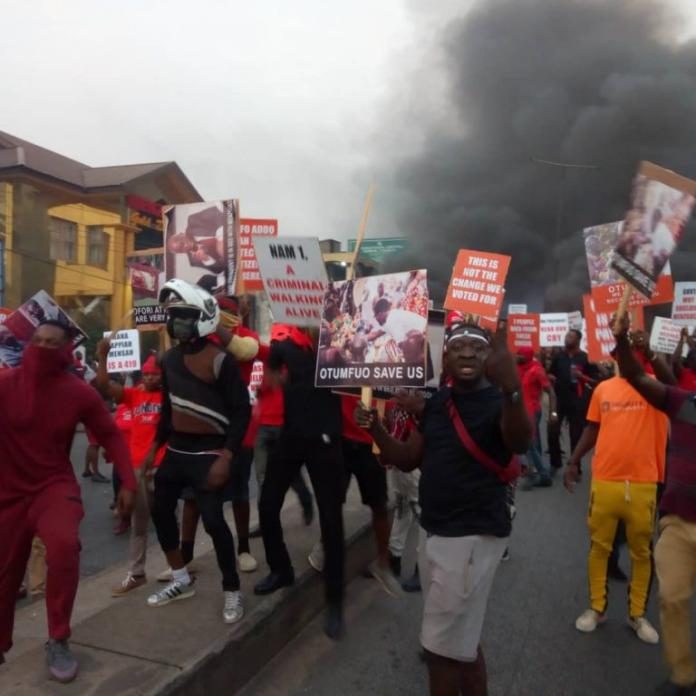 Aggrieved customers of Menzgold are pushing the government to arrest Menzgold Chief Executive Officer, Nana Appiah Mensah (NAM1) and confiscate his property to pay them.

Their anger has been triggered by a supposed spending spree by NAM1 recently.

They claim he is signing on new artistes and disregarding their plight.

Chairman of the group, Samuel Odartey, said they are willing to spill blood until they receive their monies.

He also addressed criticisms against them by Assin Central Member of Parliament, Kennedy Agyapong, saying they will no longer tolerate his insults.

Celebrities who were signed onto his label were not spared. The group condemned them for throwing their support behind NAM1 when he has refused to pay them their money.