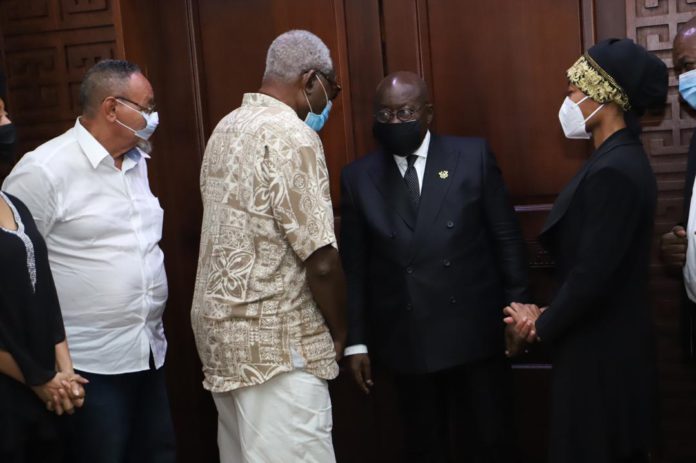 President Nana Akufo-Addo says he still cannot come to terms with the fact that the longest-serving President of the country, Jerry John Rawlings has died.

Interacting with the family of Mr Rawlings when they visited the Jubilee House to officially inform the President about the unfortunate news on Thursday, he said, “I am deeply disturbed and saddened about his death.”

President Akufo-Addo said the late Rawlings had an energetic and vocal personality that makes it difficult to believe that he has indeed passed on.

“I was given this information when I arrived at the office this morning and I find it hard up till now to really incorporate and assimilate the information.

“He was a man of great vitality, dynamism and energy. It is very difficult to consider that his body is lying in a morgue,” he said.

The President, however, noted that improbable as such news may be, these are situations all and sundry must get used to, adding that “because the lord has different plans for each one of us.”

He then commiserated with the family of the late former President.

“I extend my deepest condolences to the family, to the [wife] now we have to call her widow, to the children, brothers, cousins, and the entire family,” he said.