Akuapem Poloo has revealed that because of fame, she deliberately used someone’s car to court public affection.

According to her, the Honda vehicle she flaunted on social media was not hers.

Speaking to Delay in an interview, she disclosed that she borrowed the car and personally customised the car with the number plate ‘Poloo 1’.

Senior Presenter Delay aka Chairman is back to back to back. @thedelayshow returns this Sunday at 5:30pm on Delay Tv YouTube and @tv3_ghana ❤️❤️❤️🔥🔥🔥

While opening up on this experience, Akupame Poloo seemed shy to tell the world this secret – an action some celebrities including Martha Ankomah and Yvonne Nelson have alluded to.

The two actresses during some interviews in the past revealed some celebrities have had to conform to societal pressure and live fake likes as celebrities. 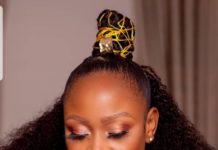 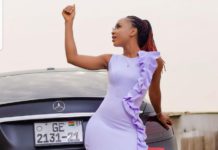