A 45-year-old farmer, Kwabena Ntarban, has been shot dead at Abrikasu Ntaabeni in the Jaman South Municipality of the Bono region.

According to the deceased’s wife, he, together with his daughters, left for the farm, but they returned alone after hours of work.

It was a daily routine for the farmer to return early from work on Mondays, and his absence after 9:pm caused her to worry.

She inquired from one of her children, who was with her father, what had happened in the farm, only for her to admit she heard gunshots.

According to her, her father excused himself to the palm plantation and in no time she heard two gunshots in that direction.

But, because they were all alone, she did not take the possibility of murder into consideration.

After her revelation, the family run to the farm only to find the farmer dead with gunshot wounds in his torso.

The deceased’s wife claims she saw some people who came to the farm with a gun on that faithful day. 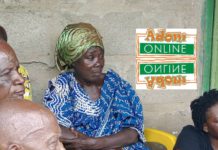 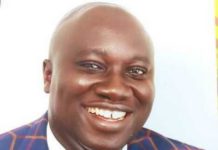